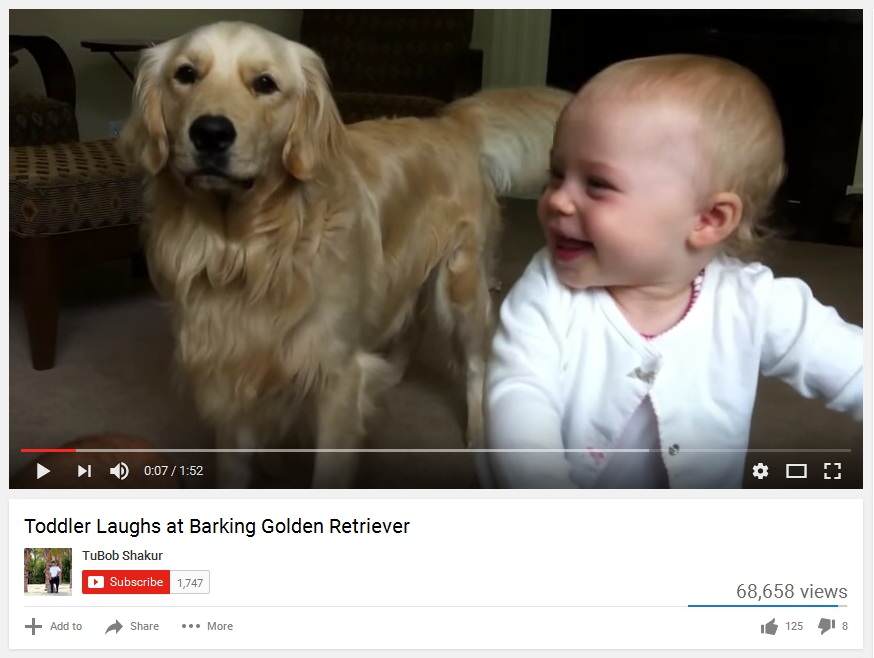 Do Golden retrievers bark a lot? This is one of the most common questions that dog lovers ask when they contemplate getting a Golden Retriever. It is an important question for many reasons but particularly because most Golden retrievers are kept indoors and incessant barking on their part can make life very uncomfortable for their owners. So, what is the real answer to this question?

All dogs, including Golden Retrievers, will bark – it’s their way of communicating!

Do Golden retrievers bark a lot when compared to the average dog? Golden Retrievers are among the friendliest and most peaceful pet dog breeds. They do bark, but their barks are fewer than most of the other dog breeds. The general temperament of this dog breed is best explained by a quote from a recent article by Jackie Lam (a freelance writer) in which she says, “You won’t have to worry about Golden Retrievers waking you up in the middle of the night. While they can make good watchdogs, Golden Retrievers are generally a quiet breed and bark occasionally.”

When they do bark, their bark is usually more of a friendly bark than an aggressive one. This video shows a totally harmless Golden barking to the extreme amusement of a toddler:

Some of the main reasons why a Golden Retriever could be barking a lot include:

Like human beings, each Golden Retriever is different from the next one. While one Golden may seem to bark a lot, another Golden might be completely mute even when in the same environment as the first. There are a number of factors that influence and determine how much a Golden Retriever will bark, the most significant of which is the upbringing and training of the dog. Golden Retrievers that receive very little or no training and are brought up in hostile or aggressive environments generally bark more and  show more aggression.

Over to Charlie the Golden Retriever who holds the Guinness world record for the loudest bark by a dog:

So, do Golden Retrievers bark a lot? Most Goldens that are properly trained and brought up in a loving and comfortable environment tend to be more peaceful and bark much less than the average dog.